Oh, my goodness, I forgot to send you this letter from Philadelphia. Here we are about to leave New York City. Hey, Nona says, “Better late than never, Solbit.” I think she’s right. Here it is:

Made another animal friend. Yep, her name is Libby. Libby lives in a stable in Fairmount Park in Philadelphia. Our friend Ann rides her on the trails in that park. She is so big, but she was really nice to me. I asked her, “Hey, can we be friends?” Libby answered with a whinny — that’s horse talk for “yes.” Isn’t she pretty? 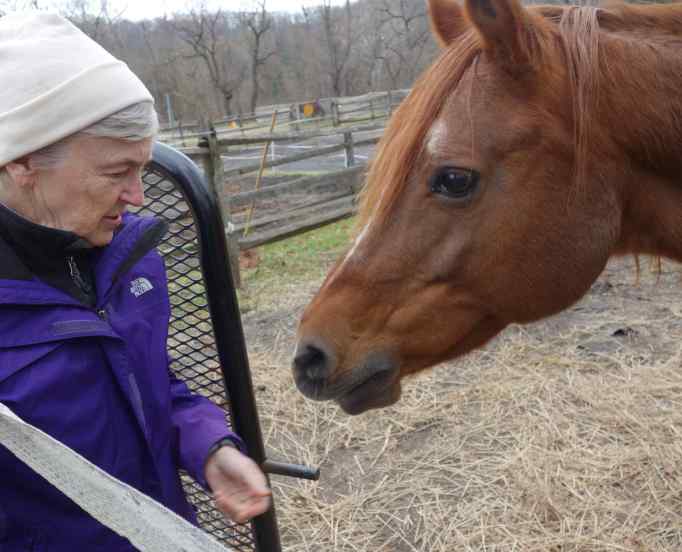 Our friend Ann introduced me to her horse, Libby.

Did you know that Fairmount Park is the biggest green space inside a large city in the US.

Philadelphia has it all. First, a terrific art museum (remember that iconic scene in the movie “Rocky”) and the place where the founders argued and debated what would be in the Constitution of the United States of America! That place is called Independence Hall. I learned something from that: arguments can be creative and constructive.

Papa used to commute to work on his bike from Chestnut Hill to Center City Philadelphia through this wonderful park. We just walked this time.

Uncle Josh, Auntie Kir, and Auntie Anna are soooo lucky to have grown up in this city! I hope we come back here some time.

*New reader? Get oriented below.
*You may be asking yourself, “Who is Solbit?” Solbit is a fictional character, but she is a real plastic dinosaur, sent to us unsolicited in a package we ordered from Photojojo. So, she’s a plastic jurassic. Solbit is short for the four names given her by our grandchildren: Sparkle, Orangie, Lulu, Breakit. We tend to use her given names for when she’s been naughty. Thank you for visiting Tales of a Plastic Jurassic. Solbit likes company and hopes you’ll come back.